It was a crisp morning, and after a successful evening of patching our Skype for Business / Lync Servers, it was time for testing.. Everything working, with the exception of Conferencing.

Issue: Intermittent Connectivity Problems when attempting to use any of the Conferencing Modalities. Upon further diagnosis, we were observing that there would be a successful connection to the Web Conferencing Edge Server(s) (EventId 41025), followed by an immediate failure (EventId 41026). 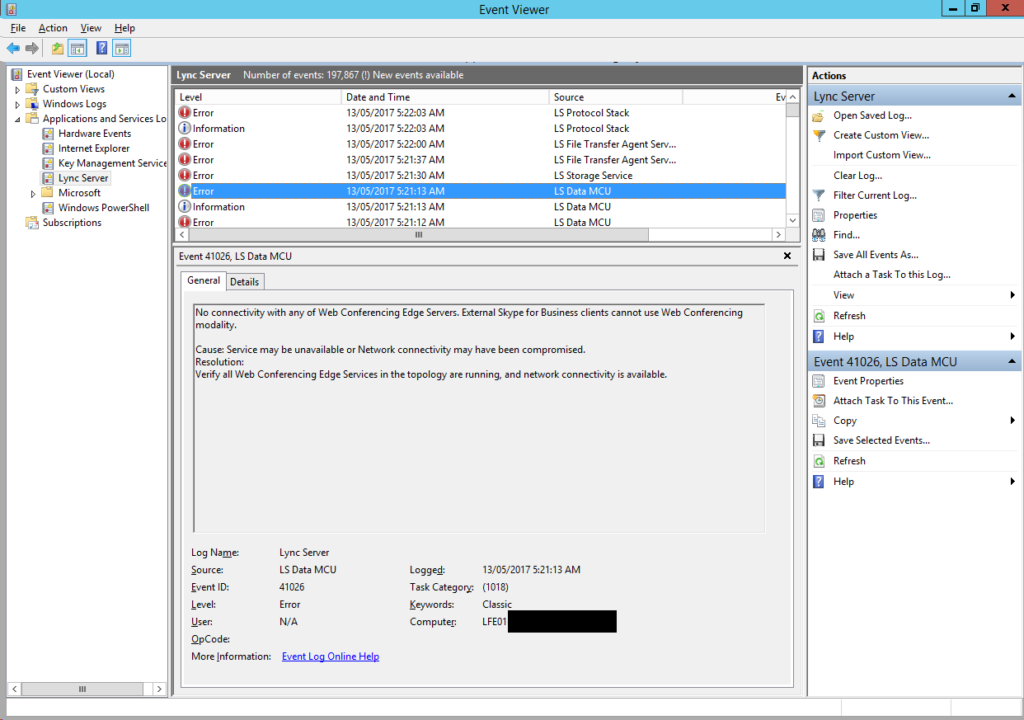 No network changes (DNS / Cert etc.), were performed during the Patch Schedule, so we knew we were looking for a Windows Update. We also knew, too, that .NET Security Updates had been a pain in our side previously. So, with a bit of digging, we found one common update that was installed across all of our Front-Ends and Edge Servers..

Cause: .NET Component Updates from This Security Update Article

After uninstalling this update from BOTH our Front-Ends and Edge Servers, we were once again in a happy place.

Hopefully this discovery will save other Skype for Business / Lync admins some pain and suffering.